A small band of friends and adventurers, an island, a quest for fame and fortune, and no money. A simple job in exchange for a few nights room and board. What could possibly go wrong?

It would mean a lot to us if you filled out a short survey after finishing!
https://docs.google.com/forms/d/e/1FAIpQLScKaV2qLAvzeXKEgAseHkvpOmr1_DGEaAViIbNEeFFdirM_0w/viewform?usp=sf_link

Game design, script, and level design by @xansd, voice acting by @xansd plus 2 talented friends; programming, some simple modelling, and game/level design by myself. Art is mostly 3rd party, and Unreal Engine is by Epic Games.

Recommended specs: GTX 1060 or above

Great stuff. Nice to see voice acting in a Game Jam game… better than some games with years of effort too. It deserves some lip syncing.

The environment is nice too. Some effort gone in to that.

I found the combat to be really hard to control and thus I was killed quickly. The menu to jump to level 2 didn’t work for me so I would have had to have played through level 1 again (which I’d already played twice due to losing in combat to the first bandit).

I gave up at that point. Maybe I’ll come back again later though. I’m intrigued to find out what the straw people are all about.

there is an unpredictable bug where the world in level 2 loads too slowly and so you fall through it. It’s caused by the voxel plugin. Is that what happened? Usually, reloading once or twice works. If that isn’t it, let me know

For the combat on the island, thanks for the feedback! You can run from every fight except the first one by the docks if that helps. Ill ask you more about the controls on discord

For me nothing appeared to happen when I clicked the load second level button. May be I was being impatient though as you said it sometimes take a long time to load.

The menu is detecting the mouse position as being offset up to an inch or so on some machines. Eg, as being higher or lower than in actuality. It isn't happening to me on my own machine and it is the built in ui code, so I haven't been able to debug it yet. Sorry about that

If you want me to test a new build for you let me know.

Give me a rain check for December when I can get a next major version together?

Thanks for playing and for making that video! We are going to work more on this and if you would like to see it again when there are more features in December, let me know! 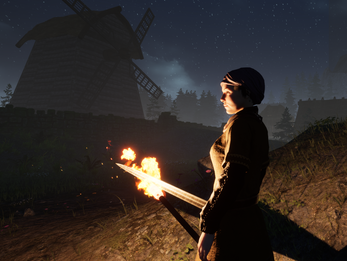 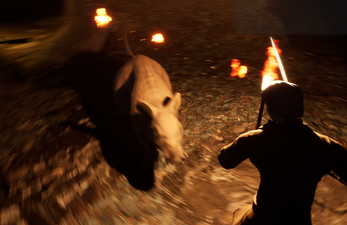 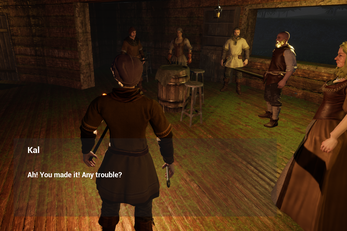